The Dallas International Guitar Festival Show is the oldest and largest guitar festival show in the world! MINDING THE GAP Bing Liu / Asian American Panorama / USA / 2018 / documentary / 98 mins Growing up in an old Illinois factory town, Bing was always the videographer for his eboarding friends, a group of misfits who saw in the broken bones and camaraderie a feeling of selfhood and freedom. 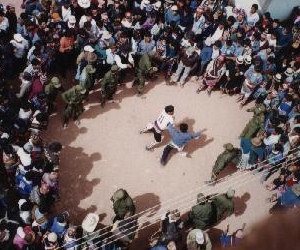 La Tomatina (Spanish pronunciation: [la tomaˈtina]) is a festival that is held in the Valencian town of Buñol, a town located in the East of Spain 30 kilometres (19 mi) from the Mediterranean, in which participants throw tomatoes and get involved in this tomato fight purely for entertainment purposes. Since 1945 it has been held on the last …